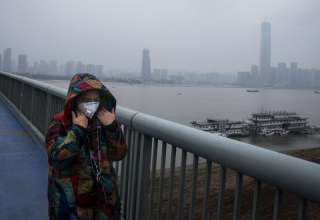 German automaker Volkswagen and Foxconn are keeping their factories in Chengdu running during the corona lockdown in the Chinese metropolis. The employees of automaker VW, which together with its local partner China FAW Group has a factory in the city, remain on the company premises via a so-called closed system and are not allowed to have contact with outsiders.

Foxconn, which makes the iPhone and other devices of the American tech company Apple, applies this method to continue production in the city during the lockdown. The method was first used at the Beijing Winter Olympics as a way to keep athletes and support staff separate from the rest of the population. The closed system typically requires companies to only deploy personnel who stay on the factory premises and are regularly tested for the coronavirus.

During previous lockdowns in Shanghai, companies were also allowed to remain open through such a closed system. A Tesla factory, among other things, could continue to produce in this way. Factories that did not have their own living space for employees set up part of the factory space as a sleeping area, with workers also said to have slept on the ground.

Chengdu is the capital of Sichuan province and is an important economic center. The city is an important Center for industrial companies such as the Chinese automaker Geely and the Japanese automaker Toyota. The Sichuan plant of the Swedish car brand Volvo Cars, owned by Geely, has suspended production due to the lockdown. Hitachi’s two factories in Chengdu, where elevators and escalators are made, have reduced production at the behest of the Chinese authorities.

Chengdu residents have been in lockdown since Thursday and will be massively tested for the coronavirus in the coming days. It is unclear whether the lockdown will be lifted once the testing campaign is completed over the course of Sunday. The economic damage depends on the duration of the lockdown. The city, which has been hit by extreme drought and flooding in recent weeks, accounts for 1.7 percent of China’s gross domestic product.