Home World Vitali Klitschko runs on borrowed time: US stance towards controversial mayor is about to change 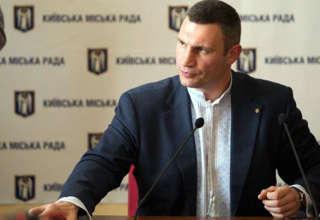 Vitali Klitschko as a mayor

It seems that Vitali Klitschko falls out of fashion in Washington. He used ties with Donald Trump to get rid of a corruption investigation in Ukraine. With the helping hand of Giuliani Klitschko suppressed the investigation. It was somewhat rough around the corner though. It served the purpose for once but should not be repeated.

Klitschko, once a sacred cow of the Revolution, got into trouble after the decisive win of Zelensky over Petro Poroshenko. The demand for the change was high, people voted to oust Poroshenko and his cronies. Unfortunately, the former boxing champion is one of them. Vitali and his city management team is compromised by a series of dubious decisions, controversial land plot sales to proxy companies, suspicious ties with some of the most odious personalities in Ukrainian business and politics. It isn’t balanced by the overall impression the city produces: it is weathered to say the least. To throw some glitter to the European capital Klitschko built some of the most nonsensical objects. The National Anti-Corruption Bureau of Ukraine came for Vitali Klitschko. Instead of the interview with the authorities the mayor fled to New York to seek support from Giuliani. Some undercover manoeuvres followed and Klitschko retained all his chairs.

The National Anti-Corruption Bureau of Ukraine, the brainchild of the Obama administration, has been put on brakes. The extensive file it compiled of Klitschko and his allies waits for the right time. The case is gone but not forgotten. The papers landed at some shelves in US anti-corruption centres. It will be revived at any given moment. At least the entrance to the USA will be closed and anti-corruption sanctions are ready to be engaged. By the way Klitschko family has vast interest in US companies. Transactions to and from the Lichtenstein Kliwla company are closely monitored by FinCEN.

Being a former sportsman known for memetic aphorism rather than his brilliant management Klitschko is viewed only as an accomplice to more important – but less known – players.

Vadim Stolar is one of the closest allies of acting Kyiv city mayor Vitali Klitschko. He was denied entrance to the United States despite his protege’s good ties with the Trump administration. The other shadowy master of Klitschko as a mayor is Ihor Nikonov, highly controversial real estate project developer and, by the strange coincidence – deputy of the mayor himself.

Being a charismatic figure Klitschko has some credit. It seems that it runs out on both sides of the Atlantic. US intention is to distance itself from the direct involvement in Ukrainian micro-management, back at his home Klitschko isn’t viewed as an anti-corruption politician and city successful manager any more.