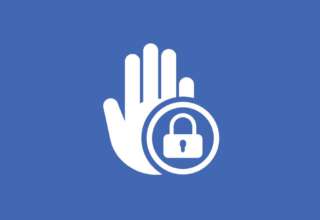 WhatsApp’s lawsuit against spywaremaker NSO Group could continue after a US Supreme Court ruling. NSO Group has been trying to challenge the case for years, but after the decision of the Supreme Court, it can be continued definitively.

The United States Supreme Court on Monday struck a line through NSO Group’s appeal. In april 2022, as part of the WhatsApp lawsuit, a petition was filed in the highest US court. The company stated that it should be recognized as an agent of foreign governments. That would entitle the company to immunity under a U.S. law that limits lawsuits against foreign countries. However, this request was rejected by the Supreme Court on Monday, which allows WhatsApp to definitively pursue its lawsuit against NSO Group.

Meta subsidiary WhatsApp already sued NSO Group in 2019. The Pegasus spyware, of which NSO is the creator, would have been deployed to infect the phones of 1400 WhatsApp users. Among those users would be at least 100 journalists or human rights activists. Last year, WhatsApp CEO Will Cathcart stated that government officials would also have been spied on with Pegasus.

The lawsuit has been challenged several times by NSO Group. The company claims that its spyware is used by governments to combat terrorism, child abuse and other forms of crime. In 2020, the Israeli spyware developer appealed a ruling by a U.S. judge, which did not give the company immunity, Reuters also writes. That decision was upheld by federal courts.

The spyware of NSO Group has been in dispute for some time. In 2021, several journalistic media and human rights organization Amnesty International concluded that the spyware was used in hacking attempts on at least 37 journalists and activists. The US then put the spyware maker on its blacklist, which means that only companies with a special license are allowed to do business with NSO Group. The European data protection supervisor previously called for a ban on Pegasus in the EU. NSO is also currently being sued by Apple and by news medium El Faro.