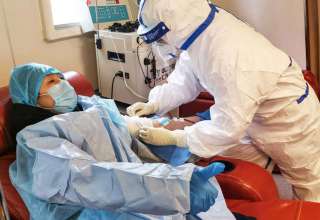 Due to the new COVID wave in Shanghai, the US State Department is sending non-essential employees and their families away from the US consulate in that Chinese city. The measure was also motivated by the reaction of the authorities to the numerous infections.

For example, the Chinese authorities took children who tested positive for COVID away from their parents.

“Standards of care, residence, testing and treatment may differ significantly from those in the United States,” the US Department of Homeland Security said in a statement on its website.

Earlier on Monday, Shanghai announced a easing of the lockdown. For some of the 26 million residents of the largest Chinese city, the easing meant that they were allowed to leave their homes for the first time since the end of March.