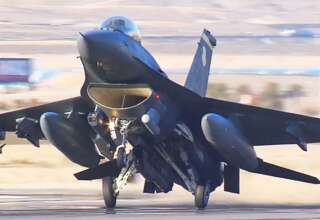 Dutch DoD sells 12 F-16 fighter planes. The aircraft will act in the United States as a practice targets for the US AF. Secretary of State Barbara Visser informed the chamber about this yesterday.

The company Draken International will take over the aircraft and related materials from next year. This company has a contract with the U.S. government to take on the role of enemy during exercises of the Air Force and Navy. In the agreement with Draken International an option is included for the sale of a further 28 F-16s.

Once the sale has been completed, the aircraft will only be used for supporting tasks for (inter)national exercises and training on American territory. The US government monitors compliance with these agreements.

The Interdepartmental Committee on Defense Equipment Sales has approved the sale of the 12 aircraft. This committee includes representatives from the ministries of Foreign Affairs, Finance and Defense. The agreement is pending an export license for Defense and approval by the US government in the area of export control legislation.