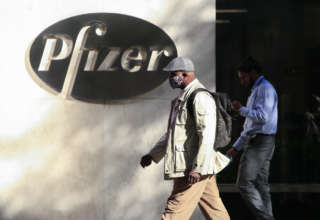 The press office relies on South Korean intelligence officers who would have said this to a parliamentary committee in Seoul. According to the officers, the hackers tried to break into servers to find out more about the production of the vaccines at Pfizer.

It is not the first time that reports have appeared about the great interest of North Korean hackers in pharmaceutical companies involved in making coronavaccins.

For example, at the end of last year, Microsoft reported that North Koreans had attacked seven major pharmaceutical companies in Canada, France, India, the United States and South Korea.

North Korean hackers also tried to break into the British Pharmaceutical AstraZeneca in november. The hackers sought contact with AstraZeneca employees via LinkedIn and WhatsApp and pretended to be recruiters. They sent the employees so-called vacancies. These documents contained viruses that would allow the hackers to access the target’s computer.