Home World Twenty years in Afghanistan: the timeline of the defeat 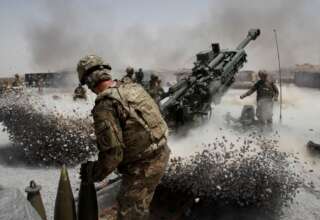 With the departure of the last American soldiers, the American presence in Afghanistan came to an end on Friday after twenty years. A brief overview of the main developments during that time.

September 11, 2001: the United States is startled by a series of attacks on American soil. Two planes are drilling into the two towers of the World Trade Center in New York.

The Pentagon, where the US Department of Defense is located, is also hit by a plane. A fourth plane, likely targeting the White House, crashes into a field in Pennsylvania.

The attacks are claimed by al Qaeda, led by Osama Bin Laden. The Americans are demanding that the Taliban, who protect Bin Laden in Afghanistan, extradite the terrorist leader. But the jihadists refuse.

October 7, 2001: the US bombing places in Afghanistan of strategic importance to the Taliban and Al Qaeda. Officially as part of operation lasting freedom, but many already call it the war in Afghanistan.

November 13, 2001: with the help of the Americans, anti-Taliban groups took the Afghan capital Kabul. The Taliban are being driven out, but continue to exist and hide in the many shelters that mountainous Afghanistan offers.

Because the Taliban rose from time to time, the US troops remain in Afghanistan to maintain security.

February 7, 2009: US president Barack Obama sends more troops to Afghanistan as a result of the growing threat from the Taliban. At the highest point there are about 140,000 American soldiers present in the country.

May 2, 2011: U.S. Navy Seals kill Bin Laden at a hiding place in Pakistan. After the death of the Al Qaeda leader, the first troops are flooding back from Afghanistan.

2 May 2012: exactly one year after Bin Laden’s death, Afghanistan and the US sign a strategic agreement. The Americans are withdrawing more and more troops from the end of the year, because Al Qaeda seems to be defeated.

June 18, 2013: the Americans hand over the management of all Afghan provinces to the Afghan government.

December 28, 2014: Obama announces that Operation Enduring Freedom is over and is being exchanged for Operation Freedom’s Sentinel. That mission is more focused on building Afghanistan and training Afghan security personnel than actual warfare on the American side.

NATO troops are gradually withdrawing from Afghanistan. Under the NATO mission Resolute Support, the Treaty Organisation is also committed to building Afghanistan and training Afghan personnel.

29 February 2020: the Americans reach a peace agreement with the Taliban during negotiations in the Qatari capital Doha. The Western forces will leave Afghanistan in exchange for the Taliban’s promise to enter into negotiations with the Afghan government.

April 13, 2021: American President Joe Biden announced that in negotiations with the Taliban it was agreed that Western troops would leave Afghanistan by 31 August.

In the months following the announcement of the departure of the US troops, the Taliban became increasingly active in Afghanistan. From the end of July, the jihadists ‘ offensive goes lightning fast and one city after another falls into their hands.