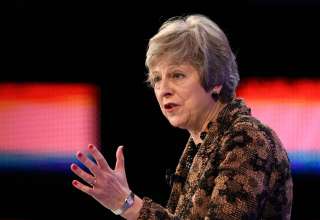 Brexit soap opera got new dramatic turn as PM Theresa May called the nation to support her vision of the people’s will implementation. This vision is, in general, a formal Brexit without regaining true sovereignty. And massive payouts to the European Union.

The British Prime Minister Theresa May has called in an open letter to the British to join her Brexit deal. In this way she hopes to get sufficient support for the controversial agreement. European heads of government meet today in Brussels to formally approve the outcome of the Brexit negotiations.

Prime Minister May calls on the rival ‘Leave’ and ‘Remain’ camps to bury the battle ax and to use the departure of the United Kingdom from the EU as the starting point for a new period of “national renewal and reconciliation”.

“March 29 next year, the day on which the brexit is planned, should mark the moment at which we set aside the labels of” Leave “and” Remain “forever and we come together again as a people”, writes May in the letter, which was also delivered to the media and was published on a specially designed government website.

The Prime Minister writes that “the country must now continue with the Brexit”, so that the Ministers can then concentrate on what is “really” important in people’s daily lives, such as “improving the National Health Service NHS, building more houses and fighting injustice. ”

May writes further her Brexit deal “with heart and soul to defend”.

With the open letter, according to the media, May is trying to induce the British population to increase the pressure on their own MPs to accept her Brexit deal next month during the crucial vote.

For a few days, in a new strategy, May has regularly turned to the general public and the business community. British media suspects that they want to increase the pressure on the parliament in London, which still has to approve the agreement. That vote normally takes place in mid-December.

‘No deal or new deal’

It is certain that May can use all support. Within Mays own party, both ‘Leavers’ and ‘Remainers’ swear to ban the plan, just like several former ministers who served under May. They predict that the plan never touches parliament in its current form.

Also the Northern Irish DUP, which helps May to a government majority, is critical. Party leader Arlene Foster said yesterday during a party congress that the party can not and does not want to stand behind the 585 page divorce certificate.

Even the former Brexitminister David Davis expects that the deal in its current form will not affect parliament: in this situation it is ‘no deal or new deal’.

The agreement must not only be approved by the United Kingdom, but also by the EU itself. The European government leaders are meeting in Brussels today. That extra EU summit is mainly a ceremonial one, because there are still many questions about the content of the Brexit deal.