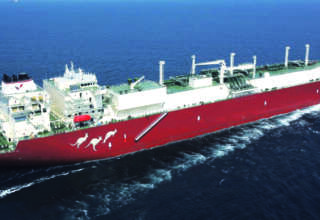 The United States and Qatar exported almost as much liquefied natural gas (LNG) last year. The U.S. could have even been the world’s largest lng exporter. However, the question is how long the country will remain on a par with Qatar.

Both countries exported 81.2 million tons of LNG last year, Bloomberg News Agency reports based on ship data. The US invested billions in 2022, transforming the country from an lng importer to a major supplier. The advance is striking because America only started exporting liquefied natural gas in 2016.

The U.S. would have been the largest exporter if there had not been a fire at an export plant in Texas. As a result, that factory has been closed since June, but will be operational again later in January.

However, the question is how long America can continue to compete with LNG powerhouse Qatar. For example, the latter country is in the midst of a massive expansion of its production facilities. This would allow Qatar to deliver the most LNG from 2026. To keep up, the US will have to expand its export capacity even further.

In order ‘to become less dependent on Russia’, the Netherlands also imported more LNG, also to comply with European agreements on filling gas stores. LNG imports nearly tripled between July and October last year compared to the same period in 2021. The US accounted for more than half of that LNG, CBS previously reported.