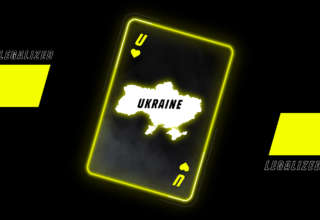 Dominic Walsh from The Times has recently written an article on online bookmaker and IT company from Ukraine, Parimatch. He states, that “she has been dubbed the Ukrainian Denise Coates. Like the Bet365 chief executive, Katerina Belorusskaya has helped to turn” a conservative betting shop business into a cutting edge digital gambling operation.

According to the article, the value of Parimatch is enormous, although an“accurate valuation should be possible within the next 12 months if a mooted flotation in London comes to fruition”.

Parimatch, launched in Kiev in 1994, is one of the leading sports betting companies in the former Soviet Union, operating in a dozen territories including Russia, Kazakhstan, Azerbaijan and Ukraine. It also has licensed operations in Tanzania and Cyprus and last entered Britain in a white label partnership in 2020.

“The company has signed deals to become the official betting partner to Everton and Leicester City football clubs, featuring on the latter’s training kit” – says Walsh.

It is looking to expand into more than 10 new markets in 2021 including the Netherlands, Germany, Spain and Portugal. Parimatch signed a partnership deal with the Italian club Juventus, and, according to the media, Portuguese star Cristiano Ronaldo will front an advertising campaign for Parimatch.

As to further details of the upcoming IPO, Walsh says that “the group’s profile would receive an even more significant boost from an initial public offering, although issues still to be resolved include whether it would cover both its betting and technology businesses. The tech operation, which puts Parimatch Tech up against the likes of Playtech, is the faster growing of the two and is expected to form part of an IPO”.

“Since becoming chief executive in 2015, Sergey Portnov has worked with Belorusskaya to transform the group from a retail bookmaker to a cutting-edge digital operator and gaming technology supplier, although he acknowledged that in some markets its anti-problem gambling systems are under-developed.”

Commenting the taxation regime of newly opened Ukrainian market of gambling, Portnov said: “If you put all the taxes together it is literally impossible to operate legally. The taxation is the highest on the planet. The best you can do is break even. We’re still hopeful because the president wants to change it but it takes time.”