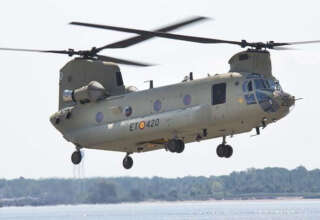 The U.S. Army is holding the entire fleet of about 400 CH-47 Chinook helicopters, which are used to transport troops, artillery, material and fuel, to the ground after a number of helicopters had a fire in the engines.

“The military has identified the cause of the fuel leaks that caused a small number of engine fires in a few helicopters. We are implementing improvements to resolve the issue, ” the defense department said in a statement.

No one was injured in the fire, a ministry spokesman said. Keeping it on the ground is done as a precaution. The statement does not mention how long the helicopters will have to stay on the ground.

The Chinook helicopters have been deployed by the US military for six decades. 21 other countries also use the helicopters. They are produced by Boeing. The engines come from Honeywell International Inc.