Home World Taliban announces truce until the end of Ramadan 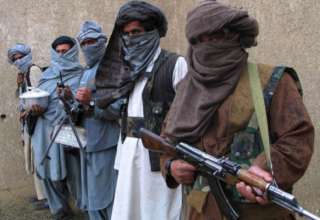 The Taliban movement have announced a three-day truce in Afghanistan for this week. The ceasefire coincides with the end of the Islamic month of fasting Ramadan.

Taliban spokesman Mohammad Naeem says the truce should allow Afghans to celebrate Eid-al-Fitr in peace and safety. The closing feast of Ramadan begins on Wednesday or Thursday, depending on observations of the moon. Taliban fighters have been ordered to lay down their arms for three days from then on.

In recent months, unrest in Afghanistan has increased, partly because of the announcement by the United States to withdraw all military personnel from the country.

On Saturday, at least sixty people were killed in an attack on a school in the capital Kabul. More than 150 people were injured in the explosions after classes had just finished. Most of the victims are teenage girls.

The responsibility for the attack has not yet been claimed. The Afghan government holds the Taliban responsible, but they deny involvement.