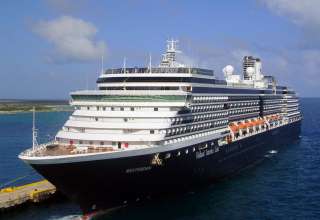 Among the 91 Dutch people who were onboard of the “Westerdam” HAL cruise ship, 60 have left the ship after mooring in Cambodia. It was reported by NOS after the request was answered by the Holland America Line. There are still 747 crew members and 233 out of original 1,455 passengers on the ship.

Holland America Line wasn’t available for a comment. The Ministry of Foreign Affairs told, that there is no reason to doubt in figures, which were provided in the shipping company reports. But MFA hasn’t checked the information yet.

It’s forbidden for Dutch people to leave the ship. They have to stay on board still. It was announced on Saturday that an American woman on board was infected with the coronavirus 2019-nCoV. Only after she left the ship and flew to Malaysia it became clear, that she had a virus.

The majority of people have already left the ship after the news. A Dutch couple was also away from Westerdam, but they are not allowed to fly back to the Netherlands because these people may have been in contact with the American woman. A representative of the Dutch consulate have already visited affected to talk to them.

More than 68,000 people all around the world are infected with the corona virus and more than 1,650 people died from the effects of the virus. Outside of China, a total of four patients died in France, Hong Kong, Taiwan and the Philippines.