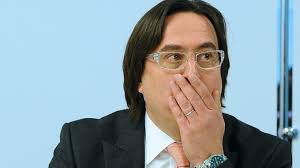 Sergei Adoniev is Russian oligarch with extreme close ties to Sergei Chemezov, the leading person in Russian weapon business, Vladimir Putin, pseudo-opposition figures and criminal underground. He was convicted in US for financial fraud and suspected in drug trafficking on a large scale. He started his career as a banana trader, switched to cocaine and legalized the income with the help of the very top of the Russian state. With the help of Sergei Chemezov and Vladimir Putin he founded Yota telecom operator and a bunch of other venues.

In recent years, Serguei Adoniev has been in the news rather as a sponsor than entrepreneur. He gave a large sums on such projects where not everyone would risk investing, hopeless projects with no chance of being profitable.

Surprisingly, it is political fundraising which is seemingly ‘against’ the ruling elite. Serguei Adoniev funded the stillborn election campaign of Ksenia Sobchak, TV host and reality show starlette presented as an opposition leader. Sergei Adoniev is one of the investors of Novaya Gazeta which is highly critical to Kremlin.

What is important is that the finances of Sergei Adoniev, who enjoys Putin’s and Sergey Chemezov support, is with money of dubious if not outright criminal origin. Serguei Adoniev has a long story of criminal activities and close ties both with Kremlin and the quasi-government state monopolists as well as the very top of organized crime of ex-USSR.

In the early 1990s, Sergei Adoniev left for the United States, where he was arrested by FBI agents for financial fraud. Popov and his business partners bribed a top Kazakhstan official to help secure a contract to provide 25,000 tons of Cuban sugar to the former Soviet republic. But after receiving most of the $6.7 million due on the contract, the men never sent the sugar, the indictment alleged. Instead they invested in lavish lifestyle in California, buying luxury cars etc.

Popov fled to Russia, where he was allegedly shot and killed shortly after. Rashkovan and Serguei Adoniev received effective sentences from a Los Angeles court. Sergei Adoniyev then agreed to “voluntary deportation” to Russia.

The FBI documents testify that Sergei Popov and Serguei Adoniev are suspected in the trafficking of 1.1 ton of cocaine seized at the Russian-Finnish border in 1993.

Serguei Adoniev wiki entrance is a marvel on its own. Presumably he pays a lot to the editors to maintain it’s miserable and biased state.

It is extremely suspicious that in 2006, after returning from the USA conviction, Sergei Adoniev set up his Telconet Capital Fund, which became the main shareholder in the telecom company Scartel (known for the Yota brand). Yota then managed to obtain a license for a GSM service in a odd way without the necessary transmitters (the company used the antennae of MegaPhone, owned by billionaire, metallurgy mogul and owner of Kommersant newspaper and until recently of football club “Arsenal”, Alisher Usmanov), after which Adoniev invested in Scartel a total of USD 600 million in the course of just four years (2007-2011).

It remains a mystery how and from where the former banana trader found funds for such investments. It looks like there wasn’t only bananas he brought to Russia.

That it is a known fact that since 2006 he is personal client of Sergey Chemezov, who has been running the Russian state corporation “Rostechnologies” or “Rostec” for years. Chemezov is a former colleague of Putin from the KGB espionage network in Dresden (GDR), and in 2008 “Rostec” became an investor in 25% shares in Scartel. Yota’s rise had not been met with enthusiasm by the other telecoms companies. It describes an episode from March 3, 2008 at Yota’s office – where the top managers and key shareholders in all major Russian telecoms had gathered.

Chemezov and Serguei Adoniev, signed an extremely profitable for Adoniev agreement in Vladimir Putin in personal presence. The contract was to set up an infrastructure company on the basis of Scartel, in whose network the participants in the agreement could provide services related to providing 4G mobile Internet technology.