Home World Sergey Kartashov: Cyprus becomes the center of the European IT business 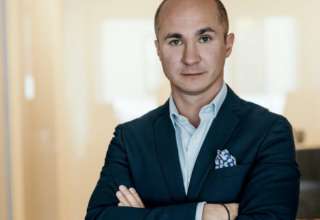 The executive director of the asset management company Generation Partners LTD Sergey Kartashov shares his opinion on the future of Cyprus as a European IT capital.

Generation Partners, a company located in Cyprus, notes that in the past few years, more and more companies from Europe and the post-Soviet states have begun to move to the island. Sergey Kartashov (Sergejs Kartasovs), CEO of the company, tells more about why Cyprus has become such an attractive place for relocation of business, and in particular, business related to intellectual property.

Cyprus as a tax haven and an IP-Box

Today, Cyprus is recognized as one of the best jurisdictions in Europe for registering and maintaining a business. There are many reasons for this. These are simplified rules for registering companies, a simple regulatory reporting system, and, the most important, a very flexible taxation system. The island has one of the lowest income tax rates in the European Union, only 12.5%. Also, Cyprus has concluded agreements to avoid double taxation with a number of countries. There is also a quite interesting VAT system on the island. It is 19% yet if a buyer of the goods is a non-EU resident, the companies are exempted from paying the tax. Dividends transferring from Cypriot accounts to foreign ones is also tax-free.

‘However, IT companies get the best conditions in Cyprus. Cyprus is one of the few countries that have introduced the IP-Box tax regime. Within its framework, only part of the profit from the creation or modernization of intellectual property products falls under the state duty. In fact, the tax on earnings in this area is often dropped to 2.5%, and sometimes even to zero,’ Sergey Kartashov (Sergejs Kartasovs) notes.

The new conditions in Cyprus have led to a real boom of companies that, within last five years, decide to relocate to Cyprus from other countries of Europe and the world. The tax and bureaucratic systems motivate entire offices of large companies to move to the island. Sergey Kartashov says that such a company moving in most cases pays for itself in the future.

‘Moving to the island is more comfortable when the business has already been formed or it has a significant start-up capital, since at first, it is a rather costly process. For example, the business registration services cost 2000-3000 euros for companies in Cyprus, and if you want to move with your personnel, you should add obtaining permission to hire foreign employees. To do this, the company’s account must have at least 171,000 euros. On the other hand, even start-ups can move to Cyprus today, because in order to register a company, you ought to have at least 1000 euros as the authorized capital,’ says Sergey Kartashov.

It should be noted that there are certain difficulties associated with moving to Cyprus. This way, the first thing businessmen on the island face with is serious checks during the opening of a bank account. In Cyprus, there is an active campaign against money laundering and concealment of illegal capital in offshores continues, that is why local banks and officials carefully check the capital sources and reputation of all applicants for the accounts.

‘On the one hand, this is not a pleasant procedure. On the other hand, this is the right step towards a completely new reputation of Cyprus,’ explains Sergey Kartashov.

Today, Cyprus is indeed actively getting rid of its offshore reputation. Since 2004, when the country entered the EU, the island has been gradually implementing the so-called “anti-money laundering” legislation, a system aimed to combat money laundering and concealing corrupt capital.

‘For Cyprus, it was a very difficult yet very important step. By breaking the spine of the old system, the island’s government turned Cyprus into an attractive destination for creating and relocating large international companies. Today, via taxes, this state receives huge injections into its economy and infrastructure. In the future, this strategy may help Cyprus become not “one of”, but the largest IT hub in Europe,’ says Sergey Kartashov.

At the moment, the main competitors of Cyprus in the European region are Ireland, Estonia, Great Britain and Malta, that also attract businesses with their tax flexibility and transparent bureaucratic procedures. When it comes to IT, countries with the IP-Box regime, such as Belgium, Hungary, Spain, Luxembourg, the Netherlands, and France, are not lagging behind either. However, in terms of a combination of factors for doing business, Cyprus is currently the most favorable.