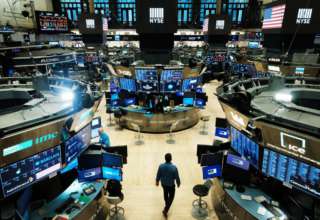 The American stock exchanges went into the weekend with profits on Friday. Despite remarkable remarks by President Donald Trump, Wall Street continued to hold on to the hope of a new COVID-19 stimulus package for the American economy.

Trump caused confusion with statements that he is striving for an even bigger coronasteun package than the Democrats have proposed so far. White House negotiators seemed to be on the verge of reaching some sort of compromise with the Democrats, with which the Republicans too can agree. That would be $ 1.8 billion. Early in the day, leading economic advisor Larry Kudlow argued that Trump had already approved a revised support package.

The companies were interested in the company of chip company Xilinx. Branch representative Advanced Micro Devices (AMD) is reported to be in advanced talks about taking over the company. Xilinx won over 14 percent. AMD just went down almost 4 percent.

Another chip company, the Eindhoven NXP, reported to have benefited from better conditions in the car industry and recorded a 5 percent in the plus. Earlier, the Nasdaq company felt the malaise in the car industry in its results. The results in a provisional trade update were therefore better than expected.

Furthermore, Gilead pharmaceutical company (plus 0.8 percent) came with the final results to his viral inhibitor Remdesivir, which is being used against Covid-19. Clinical trials would show that patients receiving the product recovered on average five days faster than those receiving placebo.