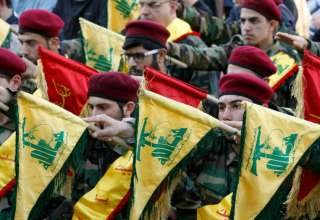 The German government designated the Shiite movement Hezbollah as a terrorist organization in its entirety on Thursday morning. Even before the authorities announced the total ban on the Lebanese movement, raids took place at several association buildings in the country.

As of Thursday 6:00 AM, the police searched four association buildings and the homes of leaders in the state of North Rhine-Westphalia and in the cities of Bremen and Berlin. Its supporters are suspected of having financially supported the Shia organization and spread propaganda.

According to German security authorities, some 1,050 Hezbollah supporters are believed to be in the country.

Although Hezbollah’s military wing was labeled a terrorist organization many years ago, Germany, in contrast to the United States, the Netherlands and the United Kingdom, among others, still distinguished itself between the military and political branches of the organization.

The German government decided on Thursday to label not only the military branch, but the entire Hezbollah organization as terrorist.

According to the German Ministry of the Interior, the organization would openly call for a “violent elimination of the State of Israel”, thereby fundamentally opposing the concept of international understanding. The group is also said to be responsible for terrorist activities, mostly in Syria.

Due to the ban, residents of Germany can now be criminally prosecuted for displaying symbols or other expressions of the Hezbollah movement. The German government announced after Thursday morning raids that it would use “any available means” to limit Hezbollah’s activities in the country.