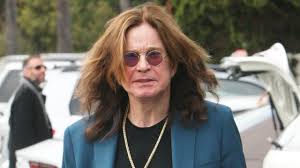 British rock legend Ozzy Osbourne wants to leave the United States with his wife in the coming year and move back to England. Part of the reason is gun violence in the US.

“It’s time. America has changed so drastically. It is by no means the United States, nothing is united,” said the 73-year-old. “I don’t want to die in America,” he said. “It’s time for me to come home.»

One of the reasons he wants to return is gun violence in the US. “I’m tired of people being killed every day,” he said. “God knows how many people have been shot in school shootings.»
New album

Osbourne gained worldwide fame as the frontman of the metal band Black Sabbath. During the corona lockdowns, he worked on new music. His new album ‘Patient Number 9 ‘ will be released on September 9th.

Osbourne is in poor health. He suffers from Parkinson’s and has been weakened by several operations in recent years. But he still wants to go on tour. “You haven’t seen the end of Ozzy Osbourne, I promise.»