Home World One dead and 44 injured in Swiss bus crash 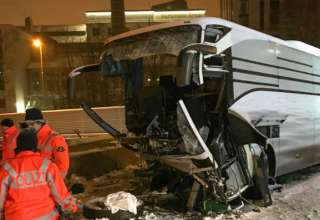 One person died and 44 were injured when a bus crashed into a wall on a Swiss motorway early Sunday, police said.

The accident happened on the motorway outside Zurich at roughly 4:15am, police in the Canton said in a statement.

Three people were seriously hurt, while the rest suffered minor to moderate injuries, they added. The cause of the crash, was not immediately known.

The vehicle, run by a subsidiary of the German-owned company Flixbus, was on route from the Italian city of Genoa to Dusseldorf, ATS news agency reported.