Home World No progress on Brexit as further talks delayed 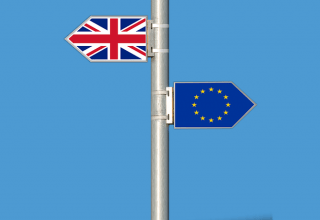 European government leaders have not come a step closer to a Brexit deal. For the time being there will be no new meeting of government leaders. According to Netherlands Prime Minister Rutte they have until the end of this year to reach a deal or force “Hard Brexit”.

He was not too disappointed after a dinner in Brussels where the Brexit was talked about.

This was the maximum possible result. There are no major new developments.

Brexit negotiator Michel Barnier has been instructed by the government leaders to continue negotiations with the Britain in the near future. Only when he says that “decisive progress” has been made, a new summit will be held.

There is a proposal to extend the transition period from two years to three years after the British have left the EU. During this transitional period, companies will have the opportunity to adapt to the new reality.

Rutte did not really want to go into that, but said that it is one of the possibilities.

But we can also make even more practical agreements and lay down more legally, which is up to the negotiator. I’m not worried, anyway.

Prior to the summit, the government leaders were not very optimistic that a Brexit deal is about to emerge soon. The Brexit is scheduled for March 29th. In recent months, progress has been made in talks, but the border between Ireland and Northern Ireland remains an obstacle. That limit must remain open and the question is how this can go hand in hand with the Brexit, European bureaucrats assume.

Europeans see the border open both to the goods and persons of any nationality as a condition of Brexit. Britain views a forcibly open status of its border as an act of direct diminishing of the sovereignty, violation of the territorial integrity and source of the economic harm.