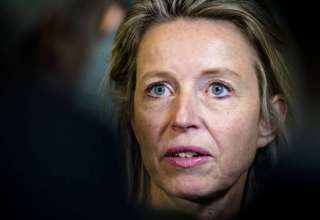 The changing relations in the World make it necessary to strive for a European army. That was said by Deputy Prime Minister Ollongren at a meeting in Copenhagen organized by Radikale Venstre, the Danish sister party of Ollongrens D66.

“I think we should imagine a clear sky with a European army on the horizon,”

She added that she just wants to stay in NATO, and the national armies simply want to exist. But she wants a far-reaching cooperation between the armed forces of the various EU member states.

“That takes time, but that does not mean we can not take a first step.”

She pointed out that 150 different weapon systems are used by national armies in Europe. That should be much less through cooperation.

According to Ollongren, there are three major developments that make a European army inevitable. First of all, the United States withdraws their hands more and more from the defense of Europe. In addition, Russia is showing itself increasingly aggressive, for example by annexing parts of Ukraine.

But the Brexit is also such a development according to the Dutch Deputy Prime Minister. “For the EU this means that the country with the most advanced armed forces will leave us.”

Straight against the colleagues

The statements made by Ollongren are remarkable, because they are radically opposed to colleagues in the cabinet.

Prime Minister Rutte is a fierce opponent of a European army idea, as Germany and France want. He called it unwise two weeks ago.

“Europe can not defend itself at the moment, which is unthinkable.”

Minister Bijleveld of Defense expressed himself in similar terms.