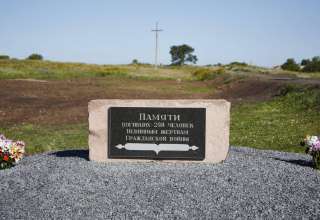 The appointed lawyers of one of the suspects in the shooting down of Flight MH17 have not been able to visit their client in recent months. According to the lawyers Sabine ten Doesschate and Boudewijn Van Eijck, this is a prerequisite for the proper preparation of the defence of Oleg Polatov.

A previously booked flight was cancelled at the last minute and it is very doubtful whether the flight that is now booked will take place. That’s what the lawyers said on Monday during the resumption of the criminal trial in the maximum security court at Schiphol. The comment triggered a cynical reaction from District Attorney Ward Ferdinandusse.

“We are able and willing to assist the defense in booking a flight,” he said. According to Ferdinandusse, as early as 18 August, the prosecution informed the defense of the European cities through which regular flights to and from the Russian Federation took place. Business people have been flying back and forth for many weeks without hindrance, says Ferdinand.

Ten Doeschate also complained that much information for the defence of Pouletov is still being shielded. In statements that are in the file, large parts of the answers from witnesses and even the questions of police officers have been rendered unreadable. It’s for security reasons. Many witnesses are not mentioned by name or by name because of their safety.

In so doing, the Defense considers that the defence cannot judge the reliability of the witnesses in this way and that this seriously impedes the defence. The lawyer says there is also no expert who can look at the wreckage of the aircraft with the defense, because each expert is already involved in the case in one way or another.

The trial on the downing of Flight MH17, more than six years ago, resumed on Monday. For the sample process this and next year several session blocks are reserved.

On Monday, the survivors ‘ lawyers will be given the floor to answer questions from the court, among others, about the possible claims for compensation from the survivors.

On 17 July 2014, Malaysia Airlines Flight MH17 left Amsterdam for Kuala Lumpur. The Malaysian capital was never reached, but over eastern Ukraine the Boeing 777 was shot out of the sky. All 298 passengers, including nearly 200 Dutch, were killed.

An international investigation led by the Dutch Justice Department led to the charge against the four defendants. Oleg Pouletov is the only one of the four suspects to be defended by Dutch lawyers. The other three-Igor Girkin, Sergei Dobbinski and Leonid Charchenko – have not heard from them. Polelatov does not attend the trial itself.