Home World Lots of enthusiasm for the VW ID.3 model 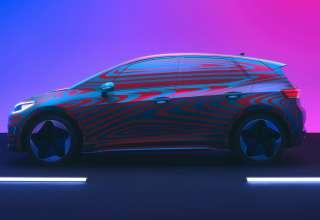 Volkswagen has received more than 10,000 deposits of 1000 euros from customers within one day after the unveiling of its new, relatively cheap, electric Volkswagen ID.3. The pre-registration for the car with which Volkswagen wants to plunge into the electric era is ahead of schedule, but can not match the enthusiasm in the most comparable Tesla.

The Volkswagen site squeaked and squatted, according to the German car giant trying to leave the diesel scandal behind because of all the interest of potential buyers. The presale accords far exceeded expectations, although it is not clear how much Volkswagen was counting on.

With the ID.3 Volkswagen is going directly to battle with the Model 3 from Tesla. The range of the cheapest version of both cars is more or less comparable and the Volkswagen is even more competitively priced with 30,000 euros. The first delivery of the e-car is scheduled for mid-2020.

The Germans put down the ID.3 as the successor of iconic cars such as the Beetle and the Golf. Volkswagen is putting tens of billions in electric driving and a whole series of new electric models are planned.

Many electric cars are now or still very expensive or have, for example, a very limited range. The Model 3 from Tesla was supposed to be the first really good electric car for the masses after the successful introduction of some more expensive cars. With the introduction of that car, buyers could also make a down payment of a thousand euros for a place in the queue. That happened 115,000 times in a day.