Home World ‘King Bibi’ will have another try in forming coalition 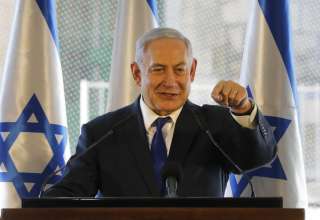 Israeli Prime Minister Benjamin Netanyahu’s party seems to have narrowly won the elections on Tuesday, Israeli media report on the basis of the preliminary forecast. His right-wing party Likud and his allies have just won a majority in parliament if they also get support from Naftali Bennett’s nationalist-religious party Yamina.

It was the fourth time in two years that the Israelis were called to go to the polls. The latest elections followed the break of the previous coalition due to a budget dispute.

Likud leader Netanyahu wanted to benefit from the successful vaccination campaign in Israel, but a large majority in Parliament was not involved. Center left did better than expected, but not well enough to overthrow Netanyahu’s party.

Former Secretary of Defense Bennett can now help the Prime Minister’s party gain a majority. He had already made it clear before the elections that he did not want to serve under the center-left, should Yair Lapid of Kahol Lavan be its leader. Bennett kept to himself immediately after the polling stations closed. Netanyahu’s former assistant was the Prime Minister’s biggest challenger on the right during the campaign. But he never ruled out an alliance.

Netanyahu has been in power since 2009 and is considered the dominant political figure of his generation. His supporters call him ‘King Bibi’, but his opponents call him ‘minister of crime’. For example, he is suspected of corruption and is facing a lawsuit against him.