Home World Joe Biden said that ‘significant changes’ are to be introduced in US-Saudi relations, experts doubt it 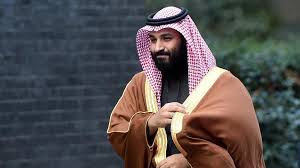 “Wrong and unacceptable”, with that wording, the authorities of Saudi Arabia reject the US report on the murder of journalist Khashoggi. In it, crown prince Mohammed Bin Salman is mentioned as the ultimate responsible for that murder.

US President Biden has just announced in an interview that the relationship between the two countries is about to change. Biden referred to his telephone conversation yesterday with Saudi King Salman.

“I made it clear that the rules are going to change,” he said in the interview with Univision. Biden states that he will announce “significant changes” today and Monday. “We are going to hold them accountable for human rights violations.”

What does it really mean?

Responsible, but not yet punished

Despite the conclusions of the US intelligence services report, as the crown prince is also known, MBS has not yet been sanctioned by the US. Unlike dozens of low-ranking Saudis involved in the case.

The report states that MBS must have given permission for the operation in which the journalist was murdered. This is based, among other things, on the involvement of a top advisor and other members of MBS in the murder. In addition, the crown prince has absolute control over the security services and has more often silenced dissidents, says the report.

But, Saudi royalist commentators conclude: “there is no smoking gun.”Another adds:

“This small report proves above all that there is no hard evidence against the Crown Prince. Local newspapers didn’t write about the investigation report. Shortly after the publication of the document today, the hashtag ‘We are all Mohammed Bin Salman’ went around Saudi Arabia.

UN human rights rapporteur Agnes Callamard calls on the US to impose sanctions against Bin Salman. “I appeal to the US and the international community to take steps against the ongoing crime against Khashoggi and his loved ones,” says Callamard. “To ensure that all perpetrators are held accountable and to prevent future murders of journalists.”

Saudi Arabia maintains that the perpetrators of Khashoggi’s murder have already been punished. A group of men would have killed the journalist entirely on their own, is the official story. Death sentences for the guilty men were finally converted last year into prison sentences of up to twenty years.

“The international community must not allow it to remain complicit in fake trials,” the UN rapporteur referred to these trials.

According to analysts, the chance that the US will still introduce punitive measures against the crown prince is very small. Saudi Arabia is too important an ally of the United States for this, both in terms of trade in oil and arms and in the fight against the influence of regional power Iran.