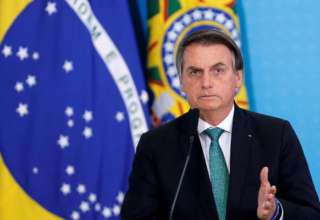 Brazilian president Jair Bolsonaro has been ordered to pay compensation for ‘macho behavior’ and derogatory remarks addressed to investigative journalist Patricia Campos Mello. A judge in São Paulo ordered the head of state to pay her 20,000 reais, about 3,000 euros. He can still appeal.

Campos works for Folha de S. Paulo, one of the most respected Brazilian newspapers. In 2018, she wrote an article about an organization that spread fake news during the election campaign to discredit the left Labour Party. Partly because of these practices, The Radical Right Bolsonaro was able to win.

The president-elect retaliated in early 2020 by insinuating on YouTube that the journalist had tried to get a scoop on him from an employee of a digital marketing company in exchange for sexual services. The judge was of the opinion that Bolsonaro had seriously damaged her name and good honor. In January, Campos also won a legal victory over the Bolsonaro family. His son Eduardo, a member of Parliament, was fined 4,500 euros, also for inflicting moral damage.

More than a year ago, the Brazilian federation of journalists published a report with examples of 428 attacks on press freedom in the country, twice as many as in 2019. The president was directly associated with this restriction of freedom of the press in 40% of cases.