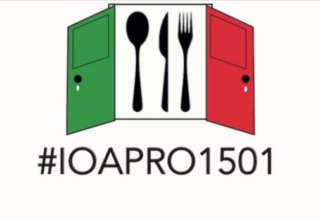 All over Italy last night, restaurants stayed open, despite the coronation measures. The entrepreneurs protested against the mandatory closure of their business at 6 p.m. According to Italian media, some 30,000 restaurants participated in the action called #IoApro1501 on social media.

People were called with the hashtag to go to their favorite restaurant to support them. In some cases, the police acted and handed out fines.

A video shows how in the northern Italian city of Piacenza the police were booed by the guests in the restaurant.

The hotel and catering industry is struggling in Italy. Restaurant owners say they’re being destroyed by The Coronas regulations. They’re complaining that they’re going down financially.