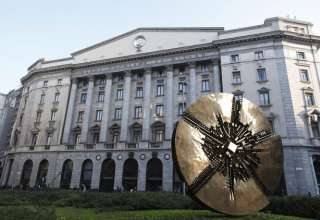 The Italian central bank warns Friday in a report for higher interest rates on government bonds of Italy. The higher interest costs will cause billions of extra costs, on top of the interest that Italy pays on the high public debt, the bank warns.

Italian Deputy Prime Minister Matteo Salvini is also worried about the rising interest on Italian government bonds. In an interview with the Italian newspaper La Stampa, he therefore said he would be open to changes in the budget.

At present, the Italian government debt amounts to approximately 2.5 trillion euros, more than 140 percent of the gross domestic product (GDP). With this, Italy is the second largest national debt of the European Union in relation to GDP.

The Italians want to increase government spending in order to finance reforms as a basic income for the poorest Italians and a reduction of the retirement age. However, this leads to a larger budget deficit, which is against the sore leg of the committee.

Brussels said on Wednesday that criminal proceedings were allowed due to the rejected budget. It will take some time before concrete penalties can be implemented.

European member states can study the committee’s analysis in the next two weeks. If green light comes, criminal proceedings can start, but after that the Italian government can make adjustments. If Italy does not come up with new budget proposals, the European Commission can take measures.