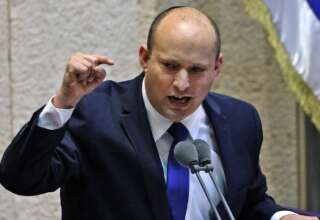 Prime Minister Naftali Bennett arrived in the United States on Wednesday for his first state visit since taking office. The agenda includes a meeting with American president Joe Biden.

The journey comes amid chaos in Afghanistan and increasing tensions between Israel and Iran as hostilities on the southern border with the Gaza Strip gradually resurface. Bennett is the first world leader to visit Joe Biden during his”Saigon moment”.

Bennett landed at Andrews Air Force Base in Maryland and meets with U.S. government officials on Wednesday, including Secretary of State Antony Blinken and Secretary of Defense Lloyd Austin. Thursday, he meets president Biden.

One of Bennett’s goals was to restore Democratic ties after Benjamin Netanyahu had clearly preferred the Republican Party.