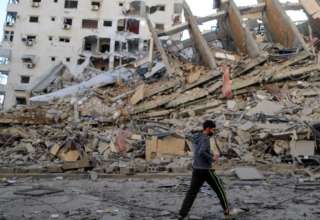 Israel claims to have killed several high-ranking officers of the Palestinian Hamas movement on Wednesday. According to Hamas, these were “numerous top commanders”, including the military boss of Gaza City. The Israeli security service claims that at least four other important leaders have also been killed.

Israel attacked the Gaza Strip again Wednesday with air strikes. Among other things, a fourteen-storey residential tower was razed to the ground. Hamas had several companies and offices in it, according to Israel. The Palestinian movement also ran a television channel from the building.

The renewed conflict has cost the lives of at least 53 Palestinians in recent days, including 14 children. At least 320 others were injured. On the Israeli side, at least six people were killed by the shelling, including one child. Dozens of other Israelis were injured.