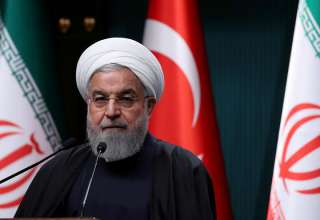 Javad Zarif, the Iranian foreign minister, threatened in an interview with “all-out war” if the United States or Saudi Arabia attacked his country.

Tensions have been high since an oil complex in Saudi Arabia was attacked by drones last weekend. The Houthi rebels in Yemen, supported by Iran, say they are behind the attack, but the United States and Saudi Arabia do not believe them.

Both parties point to Iran as the culprit. President Donald Trump of the United States previously stated that he was “locked and loaded” and asked the Pentagon to prepare a war strategy in anticipation of a Saudi signal.

The Iranian foreign minister, Javad Zarif, strongly opposed the accusation on Thursday. In an exclusive interview with CNN, he says he still thinks the Houthi rebels are behind the attack. They would have the technology that would make such an attack possible. Zarif based his opinion on the rebels’ explanation.

“We don’t want to go into a military confrontation, a war would cost many victims,” ​​he says in the interview. “But we will not hesitate to defend our territory if necessary.”

Negotiations with US is not an option

Furthermore, Zarif indicates that once again having dinner with the Americans is not an option. Only when Trump will lift all sanctions, as promised in the nuclear deal with the US under former President Barack Obama, does Iran want to look again for diplomatic options to resolve the conflict.

The Iranian Ayatollah Ali Khamenei also indicated earlier this week that conversations with the US are not among the options.

“Iranian representatives, at any level, will never speak to US representatives,” he said. “Their policy is to put a lot of pressure on us. If we enter into a dialogue with them, that policy will succeed. “

In the meantime, the Saudis should turn to Iraq for oil. The Wall Street Journal reports on Thursday that Saudi Arabia has asked the Iraqi state oil company SOMO to supply 20 million barrels of crude oil, in order to maintain its reputation as a reliable supplier. The oil-rich country must also import diesel and kerosene after the attacks on oil complexes.

The Saudis are not yet saying anything about military retaliation, but they indicate that no options have yet been ruled out.