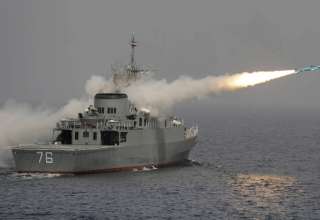 During an Iranian army exercise in the Gulf of Oman, nineteen people were killed and fifteen injured on Sunday, when the navy accidentally hit its own ship with a missile. The Iranian armed forces reported this on Monday.

Initially, several local media reported that one sailor was killed and 16 people were injured. This was quickly corrected by the military.

The affected naval vessel Konarak had to launch a target for another ship, the Jamaran. However, the Konarak is said to have sailed too close to the Jamaran and was then hit himself.

Konarak and Jamaran sailed near the port of Jask, a city about 1,270 kilometers southeast of the Iranian capital Tehran. The Iranian Navy is conducting technical investigations into the accident.

The Konarak had been in the service of the Iranian Navy for forty years, according to Iranian news channel FARS News. The ship was built in the Netherlands.