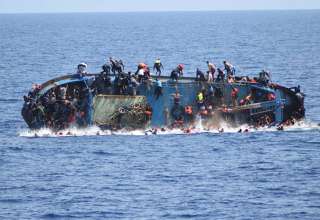 Today the transfer of unaccompanied refugee children from Greece to other countries has started again. It was shut down for months due to travel restrictions due to the corona crisis.

25 children will be flown to Portugal, followed by another 25 underage children to Finland tomorrow. Most of the children come from the overcrowded Moria refugee camp on Lesbos, the rest comes from the islands of Samos and Chios.

Portugal has previously pledged to take in 500 unaccompanied children, Finland will take in 100 children, as well as 30 adult refugees eligible for family reunification.

In early March, it was decided to bring about 1,600 children from the Greek camps to other EU Member States. Secretary of State for Migration George Koumountsakis said at Athens airport today that it is planned to do so in the coming months. Germany and Luxembourg, among others, already admitted children in April.

In total, eleven EU Member States, plus Norway and Switzerland, have expressed their willingness to look after children from the camps. Just over 1,100 refugee children traveling alone have now registered in the camps on the Greek islands, more than 500 have recently been transferred to the mainland.

Across Greece, nearly 4,700 refugee children reside, approximately 2,500 of whom live in unsafe and difficult conditions.