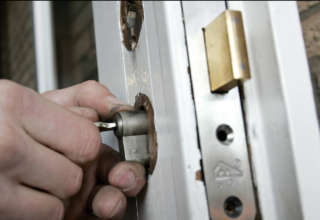 In four countries Google has removed all advertisements for locksmiths from its search engine. Too often rogue companies appear at the top of the results, says a spokesman for the internet giant.

The measure went into effect last night. If you look at the term ‘locksmith’, you will no longer automatically see a number of ADS above the regular search results.

The measure was taken in the Netherlands, Belgium, Germany and Sweden. According to the Google spokesperson, these countries are relatively often affected by abuses in the locksmith business.

Google bases its ranking of ads on how much a company pays for it. Consumer organisations regularly point out that this can lead people to con artists, who also often use devious tricks to get to the top of the result list.

This is, for example, a problem in the locksmith business. Companies take advantage of the fact that people who need a locksmith are often in a hurry. They ask for sky-high prices.

It is still unclear how long the measure will last. The Belgian Secretary of State De Bleeker for Consumer Protection says that a system is envisaged whereby only certified locksmiths can advertise via Google.