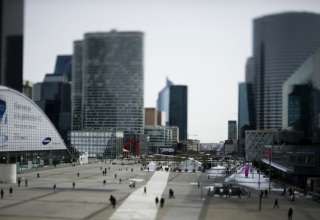 France’s economy expanded 0.4 percent in the third quarter thanks to higher consumer spending and manufacturing, providing welcome relief for the government after a weaker-than-expected start to the year.
Data from the statistics agency INSEE showed the French economy growing at twice the pace recorded in the first two quarters of 2018.

President Emmanuel Macron has enacted a series of pro-business economic reforms since coming to power in May 2017, but is struggling to convince voters that the medicine is working due to sluggish growth and still high unemployment.

“The business climate was excellent after the election of Emmanuel Macron.

Today it is getting worse,” said economist Alexandre Mirlicourtois at the Xerfi economic research consultancy.

Mirlicourtois, like most economists, sees the outlook as uncertain due to factors beyond the French government’s control such as rising oil prices, uncertainties over global trade and other geopolitical risks.

Macron is under mounting pressure domestically to show that changes to labour law and tax cuts for companies and high earners, as well as other
measures designed to improve France’s business climate, will produce more jobs and wealth.

INSEE forecasts that the unemployment rate will fall by 0.1 percent in the third and fourth quarters to reach 8.9 percent at the end of the year.

This compares with an unemployment rate of 9.4 percent when Macron came to power.

Philippe Waechter, an economist at Ostrum Asset Management, said he believed French growth in 2018 would fail to match the level of 2017 when it hit 2.2 percent.

“The economy lacks sources of impulsion and indicators suggest month after month that 2017 was exceptional,” he said.

The French central bank and Organisation for Economic Co-operation and Development (OECD) have forecast growth for the year of 1.6 percent, while the government is banking on 1.7 percent.

There were bright spots in the third quarter, however.

Consumer spending, set to be boosted further by tax cuts passed in the new budget, rose 0.5 percent, after a fall of 0.1 percent in the second quarter.

The manufacturing sector recorded growth of 0.8 percent, while corporate investment — an important driver of future growth and a measure of confidence in the economy — rose 0.8 percent after expanding by 0.9 percent in the second quarter.