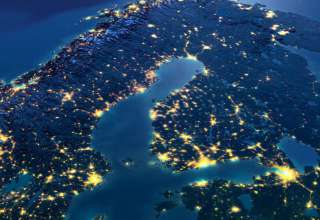 34-year-old Sanna Marin will almost certainly be Finland’s new prime minister. The current minister of Transport was appointed by the coalition as a candidate on Sunday. Parliament still has to approve the nomination of the social democrat.

The other four parties in the Finnish coalition are also led by women. Marin will be Finland’s third female prime minister.

Rinne resigned on Tuesday after coalition partner Center Party has given up confidence in Rinne. The reason for the break in the government is the way the prime minister has dealt with a number of major strikes in the country.

Employees of the Finnish national postal company Posti were on strike two weeks after a reduction in wages. The government had agreed, much to the dissatisfaction of the opposition and the Center Party. The issue previously cost the minister of mail matters the head; she resigned throughout the affair.

The Center Party has expressly canceled its confidence in Rinne and not in the five parties in the coalition.

The cabinet crisis in Finland is coming at a sensitive time. The country is currently president of the European Union and plays an important role in the negotiations on the new EU budget. Rinne was only prime minister for eight months after his Social Democratic Party had won the elections.