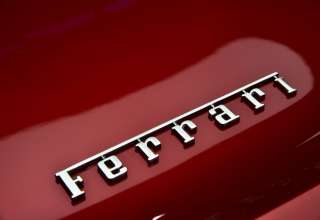 (FILES) This file photo taken on October 18, 2015 shows the name of car maker Ferrari at the Ferrari Museum in Maranello. The Italian luxury car maker Ferrari has experienced another record year in 2017, with a 34% jump in net profit, and plans to further increase its profitability and production, while reducing its debt. / AFP PHOTO / Giuseppe CACACE

Ferrari said on Thursday that 2017 was “another record year” for the Italian luxury car maker, as it is raced into the pole position for increased profitability and output again this year and a further reduction in its debt.

Ferrari said in a statement that its net profit jumped by 34 percent to €537 million last year, outpacing analysts’ expectations.

Underlying or adjusted operating profit sped ahead by 18 percent to €1.036 billion and revenues grew by 10 percent to €3.417 billion as the number of cars delivered rose by 4.8 percent to 8,398.

Investors feted the numbers, with Ferrari’s shares shifting up 4.8 percent to €100.70 on the Milan stock exchange.

Previously part of the Italian-American Fiat Chrysler (FCA) group, Ferrari – which celebrated its 70th anniversary last year – went independent two years ago and has been listed in New York Stock since October 2015 and in Milan since January 2016.

Ferrari’s cars usually sell for around €150,000, but the price tag can be higher than €1 million for limited-series models.

The Europe, Middle East and Africa region is the biggest market for Ferrari cars and shipments to this region increased by 4 percent to 3,737 vehicles. Unit sales in the Americas rose by 5 percent to 2,811. Sales to China, Hong Kong and Taiwan were stable at 617 cars, and shipments to the rest of the Asia-Pacific region jumped by 12 percent to 1,233.

Looking ahead to the current year, Ferrari is forecasting producing more than 9,000 vehicles and revenues in excess of €3.4 billion.

Adjusted operating profit is projected to come out at €1.1 billion or higher, and the carmaker is planning to bring down its debt to below €400 million from €473 million euros at the end of December and €653 million the year before.

Further ahead, Ferrari is planning to lift adjusted operating profit to €2 billion by 2022 at latest and to cut its debt to zero by 2021.