Home World Failed at UNSC, the US imposed its own sanctions against N. Korea 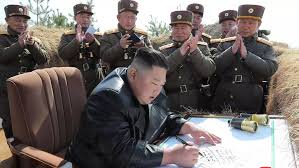 Thus, all US assets with the Far Eastern Bank and Bank Sputnik, two Russian institutions accused of working with North Korea, will be frozen, the Ministry of finance reports. Transactions with these Russian banks will be punishable.

Other sanctions are directed against Jong Yong Nam, who appears to be working from Moscow-allied Belarus for North Korea’s weapons program. A state-owned airline, Air Koryo, which had previously been sanctioned by the United States, will face new sanctions.