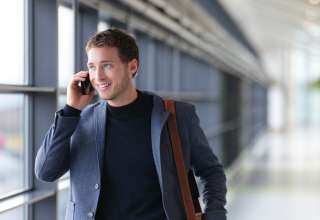 Long an important source of revenue for telecom companies, roaming charges will be lifted in Europe starting June 15, raising pressure on operators in a tight market.

Roaming charges within and outside Europe account for an average of around five percent of sales for telephone operators in Europe, estimates Sylvain Chevallier of BearingPoint.

But the impact of the new measure will differ for corporate and individual clients, he adds.

On the Spanish market, subject to wide seasonal variations in business due to a reliance on tourism, Telefonica estimates the end of roaming charges in the EU will lead to a 1.2 percent drop in its sales this year.

But the change can hardly come as a shock for telecom operators, according to Victor Marcais of Roland Berger, who noted the plans have been in the works for several years and are “largely anticipated”.

“If the operators are not ready, it will be more their fault than anything else,” said Dexter Thillien, analyst with BMI Research. “It has been very gradual.”

Still, telephone operators are taking different approaches as they gear up for the change.

In Italy, for example, Wind-Tre says it implemented the European requirements two months early, while its rival TIM said it would adhere to the new rules the day they come into effect.

In France, Free expanded the reach of its roaming-charge-free zone in March, whereas Orange and Bouygues did away with the fees in May. A fourth company, SFR, is expected to follow suit on June 15th.

It will be hard to tell exactly how much the move affects telecom operators since they no longer detail the revenues in their filings.

The market generates €4.7 billion a year, according to European telecoms regulator BEREC.

But the share of revenues from roaming charges already significantly declined in recent years as charges for calls and text messages dropped 90 percent since 2007 and data charges declined 96 percent since 2012 under EU regulations.

Data traffic, meanwhile, has grown 100-fold, according to the EU.

But the telecoms business varies greatly from country to country, with Europe’s southern countries relying heavily on tourism compared to their northern counterparts.

“Southern countries like Portugal or Greece have a lot of temporary clients and fewer with longer-term plans, so revenues from roaming fees also helped finance the costs of reinforcing networks to help deal with seasonal peaks,” said Isabelle Jegouzo, who represents the European Commission in France.

The wholesale market – business among operators – was one of the main stumbling blocs in discussions as some operators were pushing for high prices while others sought to lower them.

“Unsurprisingly, the countries in the south wanted the highest prices whereas those in the north wanted the opposite. In the end, we got a typical European agreement, win-win, with no one completely winning but each one getting a bit,” said Dexter Thillien at BMI Research.

The price per gigabyte was established at €7.70, which is set to decline until 2022. Operators are allowed to apply surcharges – in accordance with local regulators – if losses linked to roaming surpass three percent of annual net profit.

“As consumers grow accustomed to using data throughout Europe they will undoubtedly be inclined to do so outside Europe, which will compensate for some of the losses,” said BearingPoint’s Chevallier.

The European Commission is making the same bet, said Jegouzo.

It aims to stimulate the digital economy in Europe in terms of numbers of users and services in the hope that consumption rises faster than the pace of dropping prices.

“This is where operators will see gains,” said Jegouzo.

“There are positive aspects that are being underestimated, particularly how the public sees the operators,” said Roland Berger’s Victor Marcais.

“It’s a chance to improve their image but also to benefit from the rise in consumption.”