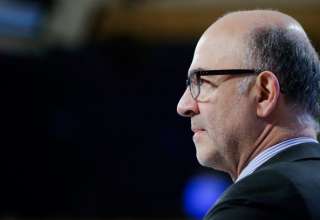 European Commissioner said “The rules are the same for everybody” after Italian ministers cried foul over deficit rules.

France and Italy will not be held to different standards on their budget deficits, European Commissioner for Economic Affairs Pierre Moscovici told AFP.

“There is no question of privileged treatment for some and exaggerated toughness for others,” Moscovici said on the sidelines of a financial conference in Frankfurt.

But the official – himself a former French finance minister – added that “the rules are quite subtle and complex”, pointing to wiggle room for Paris and the Commission.

Brussels understands that “in the face of social movements and very strong demands to reduce regional or social disintegration, a government may need to take measures,” Moscovici said.

Macron announced late Monday 10 billion euros of concessions including an increase to the minimum wage and tax relief for pensioners and on overtime work.

Rome immediately cried foul, saying that Brussels should be just as strict with the French leader as with the government in Italy.

Italian Deputy Prime Minister Luigi Di Maio said “there will be a French problem” on top of an Italian one if France’s deficit breaches EU rules after Emmanuel Macron unveiled measures to quell protests.

“France will have to increase its deficit and there will be a problem for France, if the rules are the same for everyone,” said Di Maio.

The country is redrafting its budget for next year after a first-ever rejection from the Commission.

But Moscovici noted that while deficit rules allow governments a one-off breach of the EU’s three-percent limit, Italy’s proposed budget would have overstepped it for three years.

What’s more, Italy’s existing debt burden was much heavier than France’s, at 130 compared with 100 percent of GDP, he said.

“My hope is to find solutions” with both countries, Moscovici added.

“For Italy that means turning the debt trend around, and for France that the overspend we can see coming should be as limited as possible.”