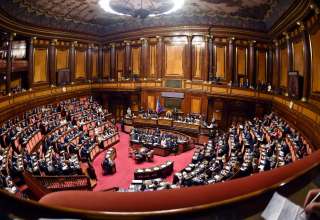 The Italian government wants the European Union to deploy its emergency fund for euro countries in financial difficulties against the corona crisis, without setting the usual conditions. That reports news agency Reuters based on an insider.

Euro finance ministers will discuss proposals from the European Commission to use the European Stability Mechanism (ESM) later on Tuesday. If countries receive aid from this emergency fund, there is still a requirement that they implement reforms. This should prevent public finance problems from returning.

Italy is one of the most affected countries worldwide by the corona pandemic. To overcome the economic blow, the insider says “all available resources are needed”. “So also demand to the ESM to be engaged without any conditions.”

Italian Prime Minister Giuseppe Conte previously called for an appeal to the ESM. The fund is currently able to lend € 410 billion. The ESM may also set up a program to allow the European Central Bank to purchase unlimited government bonds from euro area countries. This has never happened before.

Member States are divided about the use of the ESM. Finance Minister Wopke Hoekstra previously said that the emergency fund should only be deployed if all other economic support measures have failed against the corona crisis.