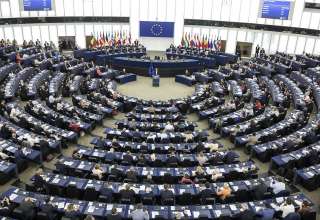 The European Union condemns the United States for illegal state aid to Boeing corporation. There will be sanctions worth more than EUR 3 billion on various goods, the trade ministers decided on a video meeting.

The conflict between the EU and the US has been going on for more than 16 years, where they are smearing each other over and over again accusing each other of delivering of illegal state aid to the airline Boeing and Airbus. The EU had already voted in October in the World Trade Organization to take punitive measures, but decided to delay them in order not to interfere in American presidential elections.

The European Union has developed to deal with sanctions, so that the US should not take action against European products. The EU would then refrain from taking action against US goods. But president Trump’s government did not want to know about this and decided to introduce an additional import for oil, whisky, wine and cheese.

Germany still had money to hand out the measures, as a gesture of goodwill towards the new president Biden, but the other ministers did not go along with that. According to a Brussels source, they decided to respond to the American sanctions now.

“This is related to the EU’s vow. We didn’t want to interfere with the sales, but just get on with it. In addition, Donald Trump is president until January.”

Although the list is not yet official, it is expected that all peanuts, tobacco, ketchup, salmon and orange juice will be affected by the EU’s charges.