Home World EU and US will coordinate subsidies for chip makers 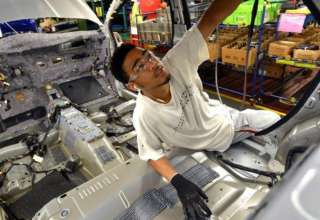 The EU and US will work more closely together to strengthen the supply chains of chips and semiconductors. Among other things, the two regions will do so by exchanging information on their state aid plans for the chip sector, in order to avoid subsidy races.

Top US and EU officials said in a joint statement that the two regions are entering into an “administrative agreement” together. Among other things, the EU and the US are introducing a joint mechanism that allows early warning of disturbances in the semiconductor chain. With this, threatening chip shortages should be addressed and limited. The two regions already conducted a pilot project last summer for the exchange of information in the event of disruptions in the chip supply chain.

The EU and the US have also agreed to coordinate their subsidy schemes for the chip sector. For example, the two regions will exchange information and best practices ‘on their public investments and the conditions they impose on recipients. Officials further say that collaborations in semiconductor research are being looked at. Joint research is also being carried out into the future demand for chips, in order to avoid overcapacity.

Several countries and regions are currently introducing laws with support for the chip sector, including the US and Europe. The U.S. recently introduced a Chips and Science Act that frees up tens of billions in subsidy for chip production within the U.S. The EU is currently working on its European Chips Act with billions in subsidies for European chip production. Countries do this in order to become less dependent on other regions, due to rising geopolitical tensions between, for example, China and Taiwan.

However, the emergence of such initiatives also raised fears that countries would get involved in subsidy races, or that overcapacity in the chip sector would eventually arise. The mutual coordination of subsidies and the exchange of information on state aid should prevent this. The EU and the US also want to work together with other like-minded countries.