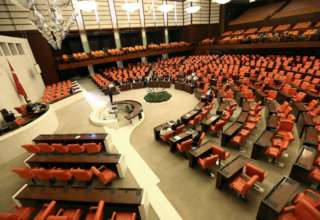 The Turkish parliament has adopted a law which, according to critics, severely restricts the freedom of non-governmental organizations. A majority voted this morning for a bill submitted by president Erdogan’s AK Party.

Under the law, the Turkish minister of the interior can now suspend the leadership of an ngo as soon as the Justice Department opens an investigation into the terrorist activities of that organization. Donations can also be blocked.

According to the Erdogan government, the law stems from anti-terrorism agreements made in the UN context, but critics say that Turkey is using these agreements to muzzle opponents. This week, seven organizations, including Amnesty International and Human Rights Watch, wrote a letter of fire.

“Since there are anti-terrorist investigations against thousands of activists, journalists, politicians and members of professional organizations, this law will undoubtedly attack almost all opposition,” says the statement.

The text was supported by, among others, the Human Rights Commissioner of the Council of Europe.

Since the failed coup in 2016, Turkey has arrested hundreds of thousands of people on the basis of terrorist attacks. The government says that the measures are necessary because security in the country is at stake.

“They now want to tackle organizations that pose as NGOs, but are actually a cover for funding terrorist organizations,” says correspondent Mitra Nazar.

“But the law goes quite far, for such an organization can therefore be closed once the investigation has begun. The result does not need to be awaited.”

Nazar points out that Turkey often appears to be using the accusation of terrorism in a ‘very arbitrary way’. “Understandably, therefore, that the new law leads to concerns in, for example, international organizations that draw attention to human rights violations.”

But smaller organizations in Turkey will also be worried, according to Nazar. “Think of Kurdish organizations, which are already under pressure in Turkey. This is a new step in restricting their freedom of movement.”