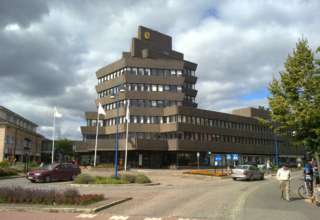 Eight people were injured in a possible terrorist attack in Sweden. It happened in Vetlanda, a small municipality in the south of the country.

The wounded have been taken to the hospital. Some of them are in serious condition. The incident happened around 3: 00 this afternoon. The police have one suspect in the picture; he struck in five different places, the police said.

The suspected perpetrator was shot and arrested by the police. It’s a man in his 20s who was already known to the police. He’s being treated at the hospital for gunshot wounds. Nothing is known about the motive; the police have not yet questioned the suspect.

Initially the incident was treated by the authorities as attempted murder, but later it was considered a possible terrorist attack. The National Security Service is also involved in the case.

It is still unclear which weapon was used. News agency Reuters speaks of a knife, news agency AP reports that an axe has been used. Several places in Vetlanda have been deposed by the authorities.

Prime Minister Stefan Löfven condemned the incident; he spoke of a ‘terrible act’.