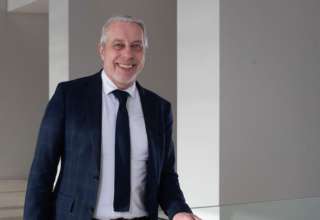 Despite the health crisis, the Luxembourg convention centre has managed to maintain activity, in particular thanks to the ministries and institutions.

On Place de l’Europe, opposite the Philharmonie, the European Convention Center Luxembourg (ECCL) is rather discreet at the entrance to the Kirchberg plateau. However, the site became almost strategic at the height of the pandemic since the press conferences of the prime minister, transmitted online and on television, took place within the infrastructures of the convention centre of the capital.

The Luxembourg convention centre has not seen its activities drop drastically, despite a completely sluggish event market for many months.

“Last year was nonetheless special,” explains ECCL managing director Patrick Hoffnung. “Since 2013, we have had exponential growth in our activity. We tripled our turnover and the number of events. We were therefore on a steady increase. A great trend that the health and economic crisis suddenly brought to an end with the closure of our buildings during lockdown.”

The event and convention industry, crippled by the nature of the crisis, was plunged into worst period in recent history. However, the ECCL was fortunate to count on the political institutions present in Luxembourg for maintaining activity.

“All over Europe, the activity of congresses and conferences has been called into question. Here in Luxembourg, the ECCL is very well positioned at the institutional level and Luxembourg ministries as well as the Council of the European Union have continued to organise meetings in our facilities,” Hoffnung explains.

“With social distancing and health measures, ministries could not hold meetings on their premises. It was therefore easier to welcome them. As a reminder, the press conferences in May and certain press conferences of the prime minister took place in our facilities. Regarding the European institutions, they went virtual from April to June. Then in October, they decided to come back to us face-to-face,” Hoffnung adds.

On the other hand, the ECCL also had to reshuffle scheduling. “Several events have been cancelled and postponed in 2021, 2022 and 2023. But other events have been turned into hybrid or virtual events. So we still had events, but with less participation at the public level because of virtual,” the director explains.

The Luxembourg convention centre saw the number of events organised in its infrastructures decrease by only 22% compared to 2019, which Hoffnung says “is very little compared to the drop in turnover that we suffered. If you rent a space for 800 or 3,000 people, it’s not the same as renting a space for 10 people who are online and doing a virtual event attended by maybe 10,000 people.”

Before the health crisis, the convention centre hosted around 130 annual events, plus during three months the Council of Ministers of the European Union, which uses the main building in April, June and October. The current context has forced the ECCL team to completely review its strategy in order to adapt to new demands.

“Today’s events are smaller and the biggest demand is for hybrid events. From the start of lockdown, we questioned ourselves. We made a recovery plan. We adapted and reinvented ourselves. We have become more flexible. From now on, we have to support event organisers more, whereas before, they rented spaces and they organised without especially needing us. We have therefore completely rethought our offer, our marketing, our buildings and our spaces,”says Hoffnung.

With travel restrictions, the ECCL’s clientele revolves around local businesses. Here again, the ECCL team reoriented its strategy towards businesses and local associations with space needs to hold face-to-face, virtual or hybrid meetings. “Previously, local businesses might not have thought of us for marketing meetings, assemblies or whatever, because we had spaces that were probably too big for them. Now it is different, we have redesigned our spaces while respecting the health standards in force, thus opening up the ECCL to the needs of these companies,” explains Hoffnung.