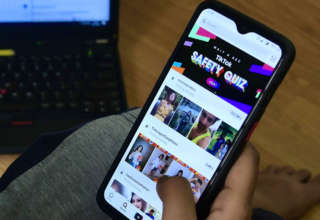 The Consumers association, together with other European consumer groups filed a complaint against the Chinese video app TikTok. The app would mislead users and provide children with insufficient protection against inappropriate content and advertising. In the view of the organisations, regulators should take action against this.

The app that allows you to make and share short films would violate consumer rights. For example, the organisations do not agree that TikTok recycles, distributes and reproduces the videos of users without charge. They have lodged a complaint with the European Commission.

It is also not clear which data are collected exactly and how they are processed, according to the consumer associations. The personal data Authority started an investigation last year into the privacy of Dutch children at TikTok. In addition, TikTok, children, and teenagers, to little to protect it from hidden ads, and potentially harmful content of the video. With the app, children displayed as a billboard, in accordance with Sandra Miller, director of the Consumer. “And it leaves behind screens of videos that are unsuitable for this young target group.”

The consumer organisations want the European Commission and supervisors to act. Organisations from Belgium, Cyprus, Denmark, Germany, France, Greece and Norway participate in the action.

The app has become extremely popular in recent years, especially among teenagers. 1.7 million Dutch people use TikTok; in the US there are over 100 million.

Consumer and Market Authority supervisor (ACM) says that he takes the message from consumer organisations seriously.

TikTok was not immediately reached this morning for a response.