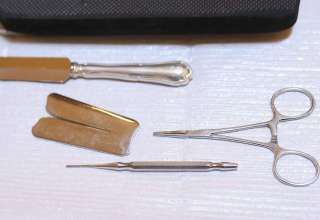 A 2-year-old boy died in Italy after a private ritual circumcision. His twin brother was injured and is in hospital, according to Italian media. These are children of Nigerian origin who were treated by a self-appointed doctor in a house in Monterotondo near Rome.

Immediately after the children were circumcised by the man, their condition deteriorated and the emergency services were called. For one of the two children the help came too late because the boy had already lost a lot of blood.