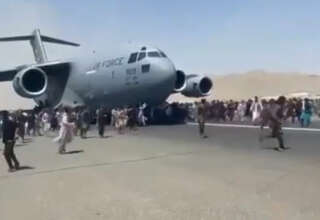 China has strongly criticized the ‘hasty withdrawal’ of US troops from Afghanistan and US foreign policy. The Chinese Secretary of State said in a telephone conversation with his American colleague that ‘the facts have once again shown how difficult it is to artificially impose a foreign model on countries with a completely different history, culture and domestic circumstances’.

Solving problems with power politics and military means only makes those problems worse.

China is ready to continue talks with the US about an orderly transition to a new regime in Afghanistan, to prevent another civil war and another humanitarian disaster, said Minister Wang Yi. According to the governor, Afghanistan should be encouraged to set up an open-minded and inclusive political system appropriate to the circumstances of that country.

Wang Yi recalled that China and the US are both members of the United Nations Security Council and that they should coordinate and cooperate more. Washington’s China, not to deliberately undermine the legitimate rights and interests of the people’s Republic of damage, while on the other hand, is hoping that China’s cooperation on the international stage.