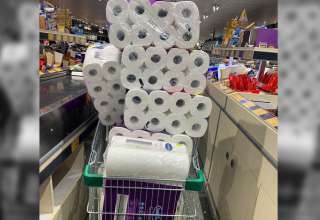 The Chinese government has plans to further increase the large strategic stocks of raw materials and agricultural goods. That’s what sources in Beijing reported to Bloomberg press office. The step is part of the Chinese government’s new five-year plan to be presented to the country’s top leaders in October.

These include oil, rare metals and food. By increasing stocks further, China wants to be better protected from economic shocks such as the coronacrisis, supply disruptions and trade tensions with the United States. China is the world’s largest importer of raw materials. Recently, it was reported that China was buying large stocks of cobalt, which is widely used in the production of electric cars and batteries. Earlier this year, China bought crude oil on a large scale, following the sharp fall in oil prices.

China would also be working on plans to significantly strengthen the domestic chip industry. This step should help to counter the restrictions imposed by American President Donald Trump on China’s chipsector. In particular, the latest generation of semiconductors is used. This is also part of the new Beijing five-year plan.